Laptops are great for taking desktop-class computing power on the go. They make life easier, as you get to take what you need, wherever you go. When you’re back at home, the lack of legacy ports on 2016 and later MacBook Pros is an issue. Apple [...]

For those that have the right equipment, this TB3 dock has a lot to offer…   IntroductionAs I mentioned in my Mid 2017 MacBook Pro Review in the USB-C Ports section, you’re really going to want some kind of docking station for working with [...]

Its new. Its controversial; but is it up to the task..? IntroductionI’ve been a Mac since Apple dropped the PowerPC chip and embraced Intel. I have said many times that I bought my first Mac to be a Windows machine, largely because the hardware [...] 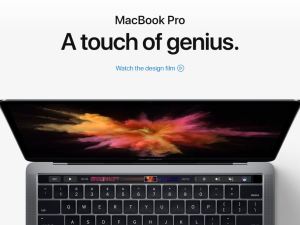 There’s a HUGE difference between the latest version and some of Apple’s other 15″ models… This is the unboxing for Apple’s Mid-2017 15″ MacBook Pro with Touch Bar. The new unit its VERY thin and VERY light; and VERY lacking in [...]

MacBook Pro upgrades are few and far between; and you NEED to look at this one, long and hard… I’ve been using Apple computers since 2006 when Apple made the switch from PowerPC chips to Intel. At that point, due in large part to Apple’s [...]

Even though some have moved on to other issues, it’s still kinda hangin’ out there… I’ve been a Mac for about 11 years. While I originally bought my first Mac to be a Windows machine, I’ve fully moved over to macOS and have moved all of my [...] 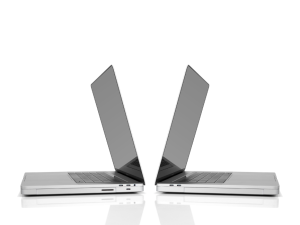 OWC has found a way around the Apple upgrade problem with the 2016 MacBook Pros…   I’ve always been a huge fan of OWC. In many ways, I think they’re one of the best aftermarket Apple accessory producers in the world. They have hard/ SSD [...]

Here are my initial thoughts, long and winded though they may be. Introduction I’ve been doing a lot of soul searching lately when it comes to PC’s. I’ve got a Late 2013 MacBook Pro that will be 3 years old in a couple of months. Its running [...]

If you have a MacBook Pro and you’re looking for a docking station, I’ve got good news… Introduction I’ve been a portable computer user since the early to mid-1990’s. Back in the day of Windows 3.x, I got tight with a manager at a local [...]