Facebook won’t turn over data, so a judge shut it down… A Brazilian judge has blocked Facebook’s WhatsApp from operation inside the country and has authorized a fine of up to R$50,000 ($15,273 USD) per day while Facebook refuses to comply with [...]

The FBI was successful in jailbreaking, uh, I mean, cracking that iPhone 5c they have…   Before I get into it, let me say, this is (probably) the best possible outcome of this whole crazy mess. Early Monday evening, Chicago Time, the Department [...] 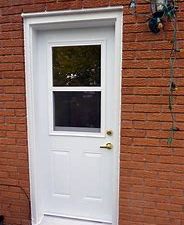 Life is just full of little surprises…     I really can’t help but chuckle a little bit. Over the past four to six weeks, the FBI and the DoJ have been screaming at Apple through the media about how they MUST help the DoJ break into an iPhone [...]

Apparently, the FBI didn’t appreciate being told to go pound bits… The battle between the FBI and Apple regarding a certain iPhone 5c got a bit nasty last week. Frankly, I’m not surprised. I really didn’t expect the FBI to go gentle into [...]

Yeah… “It’s good to be the king…!” Those of you that recognize the comic line from Mel Brook’s History of the World: Part 1 will recall that it was used by Mel Brooks during the montage on pre-Revolutionary France where Brooks played [...]

The FBI’s request for Apple to crack the San Bernardino terrorist iPhone 5c isn’t as cut and dry as it might appear… This story has been making headlines for quite some time now, and I honestly think that it will continue to make headlines [...]