I’ve been an SDLC executive for a number of years.  While dual or multiple monitor setups can benefit many people, I’ve seen more productivity gains for IT related workers than any other type of worker, and I’ve worked in a [...] 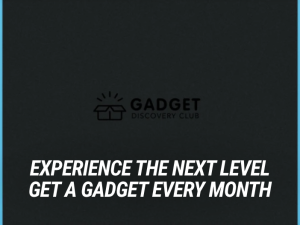 This is the third unboxing of the Gadget Discovery Club.  This month – the Dimension VR Headset.  This one looks a HELL of a lot more interesting than the previous two that I’ve received up to now.  (I am NEVER gonna use that [...]

When you’re hit by ransomware, the first thing many folks think of is – CRAP!  My pictures/videos/school work/data!  What am I going to do?! To be honest, there’s not much you CAN do – IF you haven’t prepared.  In [...]

Over the weekend, a very good friend of mine told me how someone they knew fell victim to a ransomware attack. The victim was an acquaintance of his; and this acquaintance got scammed not once, but twice by the same thieves.When the initial attack [...]

This is the unboxing of the Motorola Moto360 Gen3 Smartwatch.  The Moto360 is a WearOS watch that is compatible with both Android (Android 6 and later, excluding Go devices) and iOS (iOS 10 and later) smartphones.  The Moto360 was the first [...]

This is the second unboxing of my subscription to the Gadget Discovery Club Monthly Subscription Box. This month, I got the Rise Shield Carbon Fiber Wallet. I’m not happy; but I’m not completely disappointed, either.  This one clearly [...]

This is the unboxing of the Misfit Vapor X Smartwatch.  This is an Android Wear smartwatch.  It was initially released in August of 2019 and according to the tech specs I’ve found was intended for women.  However, I don’t know [...]

This is the unboxing of the DGRule Invisible Hub for the 16” MacBook Pro. While this isn’t technically for MY MacBook Pro, the size difference is very, VERY small; and it should fit my 15” without any issues (though I wouldn’t recommend this [...]