Its been a long time coming for Surface Book and Pro 4 owners… When the Microsoft’s Surface Book was originally introduce, most of the pundits in the industry, me included, declared it a total non-starter. It had a boat load of issues, and none [...] 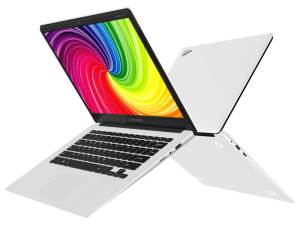 Is my love for digital ink and Microsoft Surface PC’s on the level, or just skin deep? Ok, kids… I’m going to make this one quick and short for a few reasons – I’ve got a lot on my plate right now; and I want to really get to the meat of [...]

Really..!? Surface Book users are still dealing with driver issues??   I’ve been testing Windows for Microsoft since Windows 95 – that goes back to 1995, so more than 20 years – and if there’s one thing I know for certain, it’s that [...]

Microsoft has redefined their Surface Pro line of devices The big Microsoft hardware announcement was 2015-10-06. Everyone and their brother was anticipating the unveiling of the two new flagship Windows Mobile 10 devices (the 950 and the 950XL) as [...]

It’s been a long time coming, but there finally seems to be light at the end of the tunnel… I’ve been using the Surface Pro 3 at the office since December of 2014.  Prior to that, I used a Surface Pro 1 for a couple of years. It was the [...]

Microsoft ships firmware updates for its most recent Surface Pro tablets If there’s one thing that I’ve been very keen on keeping up with, its all of the updates that are coming down with the Windows 10 Windows Insider program.  I’m [...]