Apple on Wednesday released a special security update for macOS High Sierra, solving a recently uncovered flaw which would let people gain root access without entering a password…   You can file this one under the ol’ “face palm – how [...] 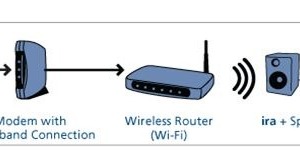 Well, this could be problematic… I heard about this early Monday 2017-10-16; and it got me a bit concerned. Six collegiate researchers revealed information on a WPA-2 Wi-Fi security, Key Reinstallation Attack (KRACK Attack). This reliable [...]

Currently, there is NO cure… Malware – and specifically ransomware – is probably the most compelling reason I know of to completely abandon personal computing. Depending on where you are, what bug(s) you get, and how badly it affects you, [...]

A hacking group exposed some nasty holes that Apple has patched with an emergency fix. Over the past few days, Apple has released a point-release to iOS 9.3 – iOS 9.3.5 – that was released to patch vulnerabilities exploited by the Pegasus [...]

Keep your PII (personally identifying information) safe and private with this important Windows utility. In an age where nearly EVERYONE is getting hacked, it’s important to keep all of your sensitive information, private. This is increasingly [...]