If you thought Surface was just a passing fancy, think again… I’ve always been a HUGE fan of Microsoft Signature PC’s. They are, in my opinion, the best Windows experience that you can buy. They don’t have any extra crap on them that would [...]

Its been a long time coming for Surface Book and Pro 4 owners… When the Microsoft’s Surface Book was originally introduce, most of the pundits in the industry, me included, declared it a total non-starter. It had a boat load of issues, and none [...]

Is my love for digital ink and Microsoft Surface PC’s on the level, or just skin deep? Ok, kids… I’m going to make this one quick and short for a few reasons – I’ve got a lot on my plate right now; and I want to really get to the meat of [...]

Microsoft will be introducing Surface Studio on 2016-10-26 If imitation is the most sincere form of flattery, then Microsoft is going out of its way to tell Apple how awesome it truly is.   Microsoft has done a lot to chase after Apple in the [...] 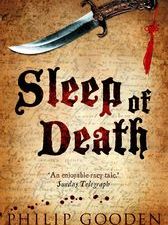 Really..!? Surface Book users are still dealing with driver issues??   I’ve been testing Windows for Microsoft since Windows 95 – that goes back to 1995, so more than 20 years – and if there’s one thing I know for certain, it’s that [...]

Microsoft has redefined their Surface Pro line of devices The big Microsoft hardware announcement was 2015-10-06. Everyone and their brother was anticipating the unveiling of the two new flagship Windows Mobile 10 devices (the 950 and the 950XL) as [...]

It’s been a long time coming, but there finally seems to be light at the end of the tunnel… I’ve been using the Surface Pro 3 at the office since December of 2014.  Prior to that, I used a Surface Pro 1 for a couple of years. It was the [...]

Performance Meets Portability In This Extraordinary New Tablet/Laptop Hybrid from Microsoft DESCRIPTION FINALLY, A DEVICE FOR ANY OCCASION The Surface 3 truly offers you the best of both a tablet and a laptop. While the 10.8-inch screen and thin, [...]