Ok...I have just one word to say about RIM's announcements out of Toronto yesterday: Pitifully sad. 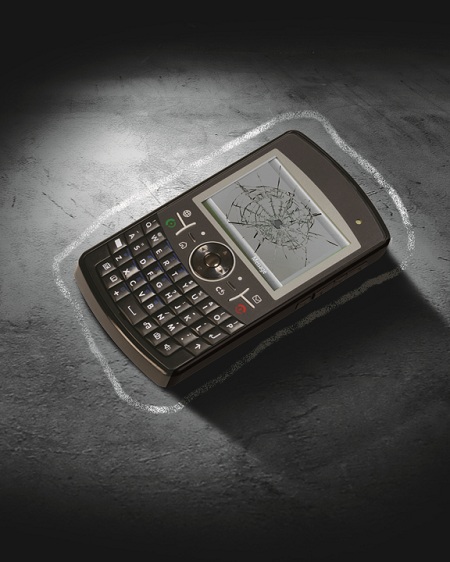 Ok, that's two words; but it does sum up the writing I saw on the wall a few months ago.  Based on news reported by Bloomberg, a couple additional nails were pounded into the RIM coffin. In no particular order, here they are:

The picture for RIM, continues to get grimmer.  Here’s my take on these additional developments.

I’m not surprised that earnings or sales were off.  I am a bit surprised that sales dropped as much as they did, though. While Blackberry may be “it” in other countries, in the US, they don’t have the sex appeal they once commanded.  This has been at the forefront of our minds here at BYTE, and we’ve been doing some pondering ourselves. BYTE’s editorial director, Larry Seltzer, was at the recent Enterprise Connect conference in Orlando and spoke to representatives from RIM about their current situation, before this announcement was made. According to Seltzer, “[RIM’s] plan is to follow through on BB10 and to leverage the fact that they are still almost universally deployed throughout enterprises in the western world. They may be uncool now, but there are a hell of a lot of BES servers out there and IT [departments like] them. If they can actually make an appealing product with BB10 and convince app writers to write for [the platform], then who knows?  There were tons of Blackberries in evidence at Enterprise Connect. It’s easy not to take RIM seriously anymore, but they’re still a major, major force.”

He’s right, too.  The organization I work for uses Domino (Lotus Notes) and unfortunately, Domino doesn’t work well with Android or iOS devices.  As such, my organization still uses Blackberry. I can only imagine what our CTO and his staff are thinking at this point; but I’m certain it includes making plans to move away from RIM should they, their NOC’s or any other portion of their infrastructure become unreliable or unavailable. I’m certain other organizations with similar infrastructures are making similar contingency plans. If they aren’t, they should be.

RIM’s Thorsten Heins also indicated that RIM was continuing to search for licensing arrangements, strategic partners, other strategic opportunities, etc.  He didn’t indicate that they had or hadn’t cut any new deals, or had anything important cooking; but the fact that that information was omitted from what was largely a bearish announcement also has me curious about what the rest of their fiscal year has in store for them.  What really bother’s me the most is that they lost three members of the executive management team today. While they may be part of today’s problems, they were definitely part of yesterday’s successes. Losing key members of management always darkens things at the office. I fear that things will continue to get worse for RIM before they get better, if they do at all.

This is only March 2012, folks. RIM’s announcements come with nine more months of the calendar year left to complete.  With today’s developments, its clear the company is in serious trouble.  Many industry analysts are rating RIM’s stock a “hold” at this point. They realize there’s a problem, but they don’t want to create a run on the company’s coffers or send the market into a panic. However, its clear to me that while Heins is trying to turn things around, shareholder dollars are at stake.

We haven’t seen much of anything else coming out of Toronto. I’d love to hear Heins’ thoughts on a restructuring plan. I’d love to have an understanding of his vision for RIM between now and the end of 2015. I’d love to learn how they are going to fill the holes in their management team.  Unfortunately, we haven’t heard anything from them, and my doubts continue to grow as time passes. If I were Thorsten Heins, I’d be going out of my way to keep RIM in the news—we’re trying this. We intend to do that. Here are key features of BB10 that we feel will provide end users with value. Here’s how [any changes to] licensing will be structured.  SHOW me something—right now, it seems really quiet in Toronto, and all that tells me is that it’s the calm before the storm.

I don’t hold any stock in RIM; but if I did, I’d sell any stake I had in the company at this point.  The stock isn’t likely to climb out of the hole its digging itself into; and I’d rather cut my losses now before the REAL fire sale starts.