Here are the top problems with Microsoft’s Creator’s Update and the way to resolve them all… The Creators Update is the latest update to Microsoft’s Windows 10. It’s the start of what Redmond says will be a biannual update to their desktop [...]

Having OneDrive on a non-NTFS partition is no longer allowed… Over the past week or so, many, but not all, Microsoft OneDrive users have been dealing with a very confusing and very troubling issue regarding Microsoft OneDrive – If your [...]

These are the best features you’re likely to find as part of Microsoft’s Windows 10 Creator’s Update. Microsoft released the Creator’s Update on 2017-04-11. Unfortunately, the rollout of this update hasn’t completed yet, as there are still [...]

OneDrive’s Placeholders have finally gotten a replacement on Windows 10… I think nearly everyone will agree – Windows 8 was pretty much a train wreck. The OS confused nearly everyone that used it; and that confusion came in the guise of a [...]

This is not something you want to hear when you’ve got a fatal problem with your Surface Book… Last time, I waxed poetically about how my three month old Surface Book turned up defective. It wasn’t a happy time over here, and I did my best to [...]

This is not something you want to hear when you’ve got a fatal problem with your Surface Book… A short while ago, I got a Surface Book. After searching for something to replace my Surface Pro 3, I have, in a sense, come home. During this [...]

Is it me, or does this seem like it would be a no brainer?? I’ve been in IT for a LONG time. I cut my teeth on Windows 95, Windows 98 and Windows 98SE. Microsoft’s Windows XP days were some of my biggest hay days because I wrote literally [...] 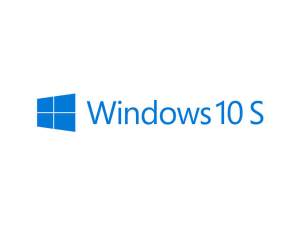 You can file this under the WTF of the Day category… You can definitely file this one under the WTF category. Sometimes you really have to wonder what the heck a company like Microsoft is doing. I mean, I am totally out in deep, roving, left, [...]